Meet the players that keep your metabolism humming

24 hours a day, 7 days a week, there is a quirky bunch of characters working together to maintain your metabolic harmony.

Your Brain Cells (neurotransmitters) get you organised to eat some food.

Then they transmit messages, via your nervous system, to the organs and hormones involved in conversion of the food into energy. This process is called ‘glucose metabolism’.

You also have a ‘gut brain’, which sends signals to and from your stomach and intestines during digestion when the micro and macronutrients from food are broken down and released into the bloodstream for delivery around your body.

Glucose is present in Carbohydrate foods such as fruits, vegetables, bread, pasta and sugar.

It travels in your bloodstream, delivering energy to your brain and body cells.

Fructose is also found in Carbohydrate foods. Its main job is to give energy dense foods, such as fruit andhoney, their attractive sweetness to encourage you to seek them out for an energy boost.

When Glucose from the digested food moves into your bloodstream, your Pancreas triggers the release of a hormone called Insulin.

Beta Cells live inside the Pancreas. Their job is to make the Insulin.

Ghrelin is your ‘hunger hormone’.
It senses when the level of Glucose in your bloodstream is low, and sends a message to your Brain Cells to bring in some food.

When you feel hunger pangs in your stomach, that is Ghrelin tooting for attention.

Leptin lets you know when you have taken in enough energy. Leptin’s signal is very subtle but, if you eat slowly and consciously, you can feel when your appetite has been satisfied and stop eating.

Insulin is required to unlock your muscle and body cells so Glucose can be converted into energy. 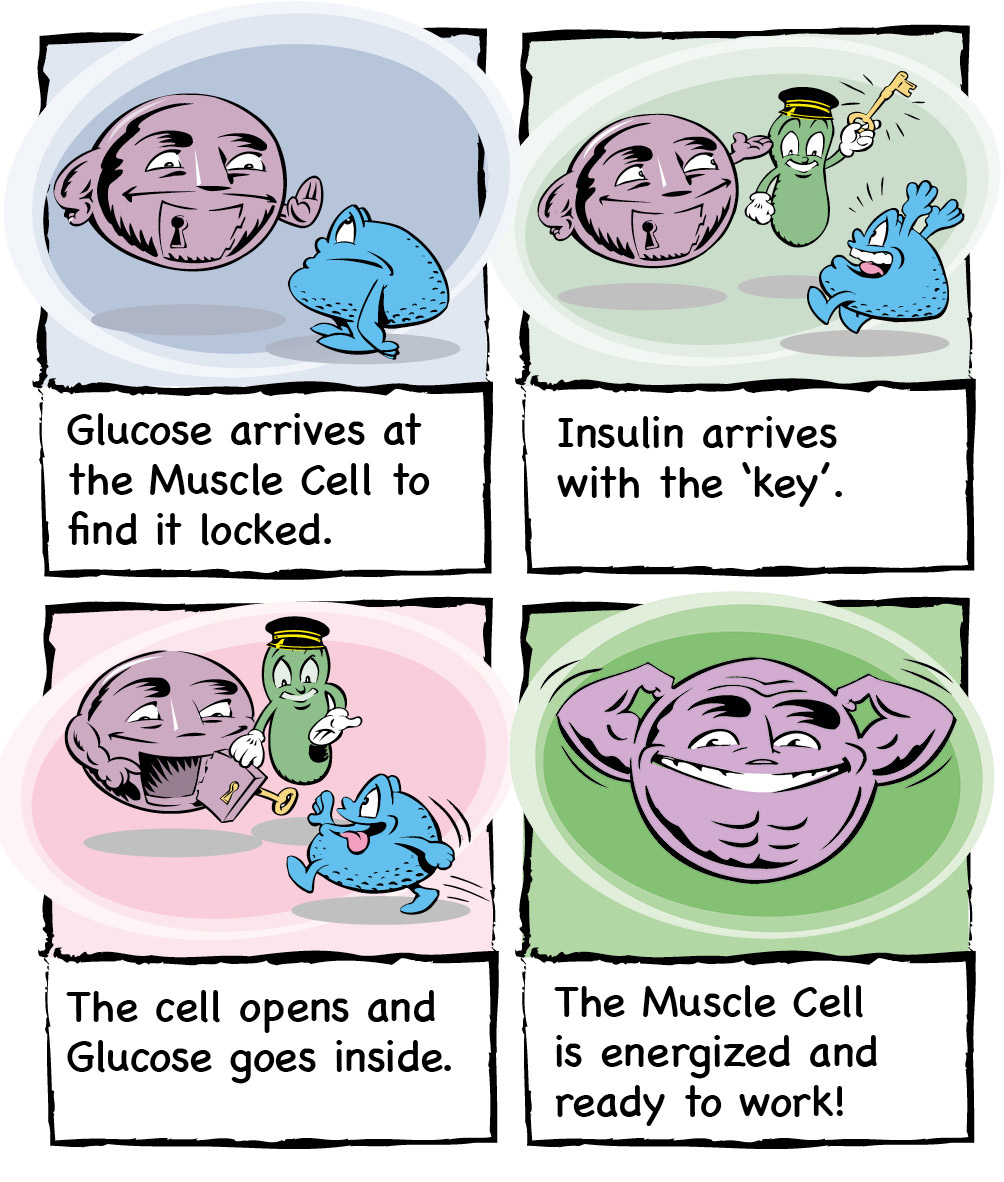 You are the Conductor of your own Metabolic Symphony.

The Conductor’s job is to appreciate and support each of the players involved in this relentless, life-giving performance.

Download the ‘Metabolic Symphony Roadshow’ activity to help your child understand how their metabolism works, and deliver a live show that brings the metabolic musicians to life!

Feed a Cold, Starve a Fever

Feed a Cold, Starve a Fever