We hope you like our latest TV ads. They’re based on real stories, demonstrating the special relationships that IGA store owners have with their local customers, communities & suppliers.

IGA is a network of 1,400 independent family owned stores. They care about what matters for locals like you.

At IGA we’re always ready to help our customers. If you’re looking for your favourite brand or specialty product, just ask & we’ll see if we can get it in for you.

It can be hard for small local producers to get their products on supermarket shelves, but IGA stores across the country are well known for stocking local products and backing local suppliers.

IGA’s are proud to support local farmers and producers. Because it means their customers get the best and freshest local products, whilst also supporting their local community.

THE JOY OF DISCOVERY

Because all IGA’s are independently owned, you will be able to find something a little different and special in each of our stores.

Sunshine Coast IGA retailers Roz and Michael White lead with a local first mentality and support local producers and suppliers wherever possible via their Locavore Food Program. A locavore is a person who chooses to consume food that is grown, raised or produced locally, and Roz and Michael now stock hundreds of products from over 80 local producers on the shelves of their stores.

One of those products is Ugly Duck Preserves, a range of fruit spreads, chutney, relishes and fruit pastes, created using imperfect, non-standard and surplus produce that would otherwise end up in landfill.

Owner of Ugly Duck Michelle Mascher started the business after learning that 795,000 tonnes of fruit produced in Australia was rejected at farm level annually. “I saw how much produce was getting wasted for superficial imperfections and I decided that something better could be done with that produce. We originally started stocking our products at famers markets and small delis, but White’s IGA were the first to stock our products on a larger scale. This gave me a great deal of confidence in my products and it was when Ugly Duck became a real brand.”

Roz White said: “We started stocking her range in all our stores as quickly as we could, and our customers couldn’t be happier!”

Michelle continued: “We have grown so quickly in such a short space of time and I am now aiming for nationwide distribution. Some people say they support local, but Roz truly lives and breathes this and what she has done for so many local producers is amazing.” 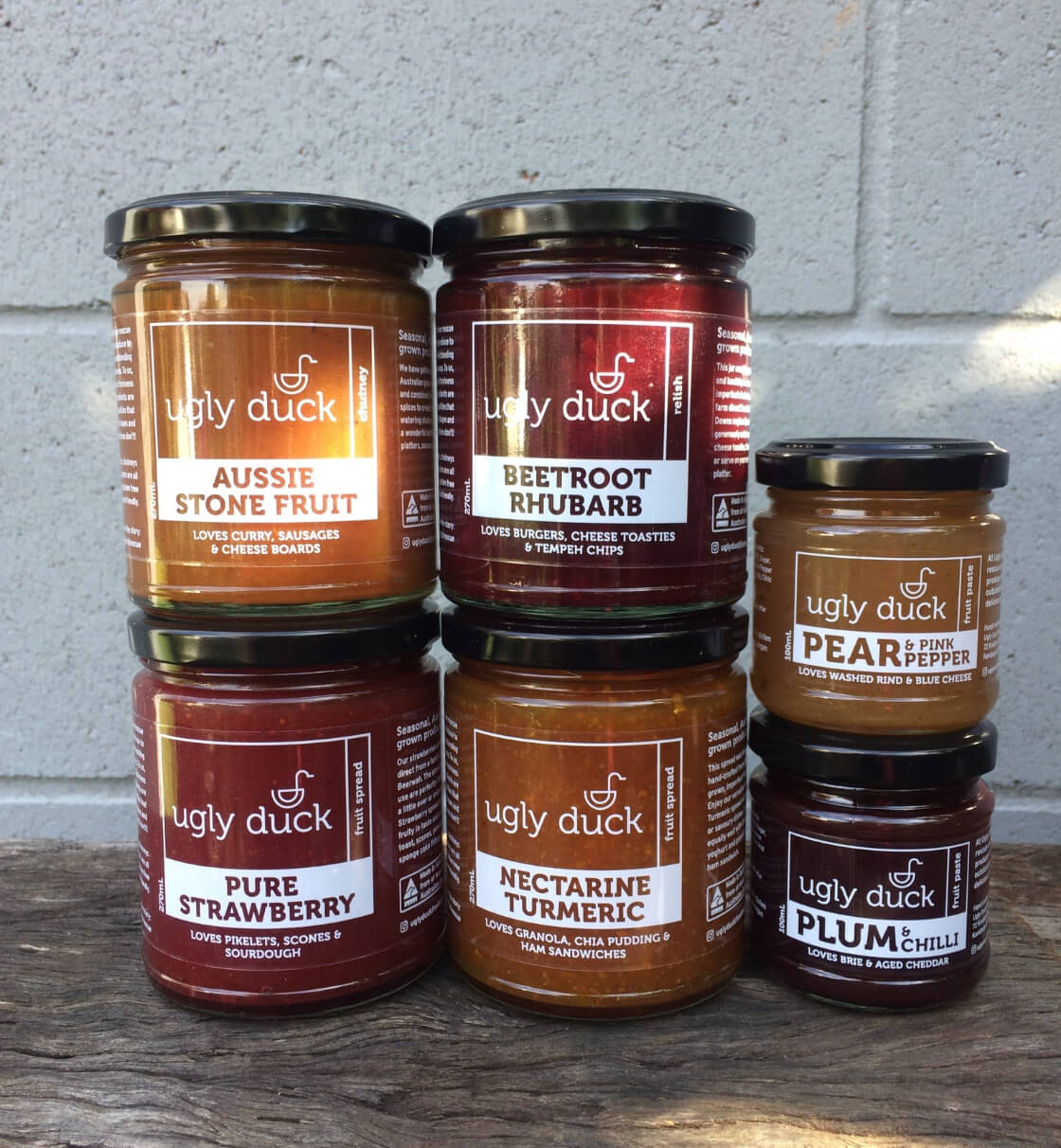 The D’Anna family, which this ad is based on, are proud owners of Boccaccio Supa IGA Balwyn. They’re passionate about sharing their love of food and wine with their customers, who are more like friends and family.

Their impressive cheese bar is stocked with over 1,000 cheeses, and their team of five cheesemongers work hard to keep their customers worded up on the best cheeses to suit their tastes. Despite their extensive offering, there was one customer who couldn’t find what he was after…

Anthony D’Anna said: “Adam, a regular customer of ours, was telling us about this blue cheese that was made in his village in Ireland, that he had never seen in Australia. He had been trying to track it down for ages, with no success and just wanted a little taste of home.

The team at Boccaccio IGA were able to locate the Cashel Irish Blue and made plans to surprise Adam next time he was in store.

Adam said: “I popped in to do my weekly shop and was over the moon when they surprised me with my favourite cheese from home. I couldn’t believe that they had gone to such an effort on my behalf, but it is just the type of people they are.” 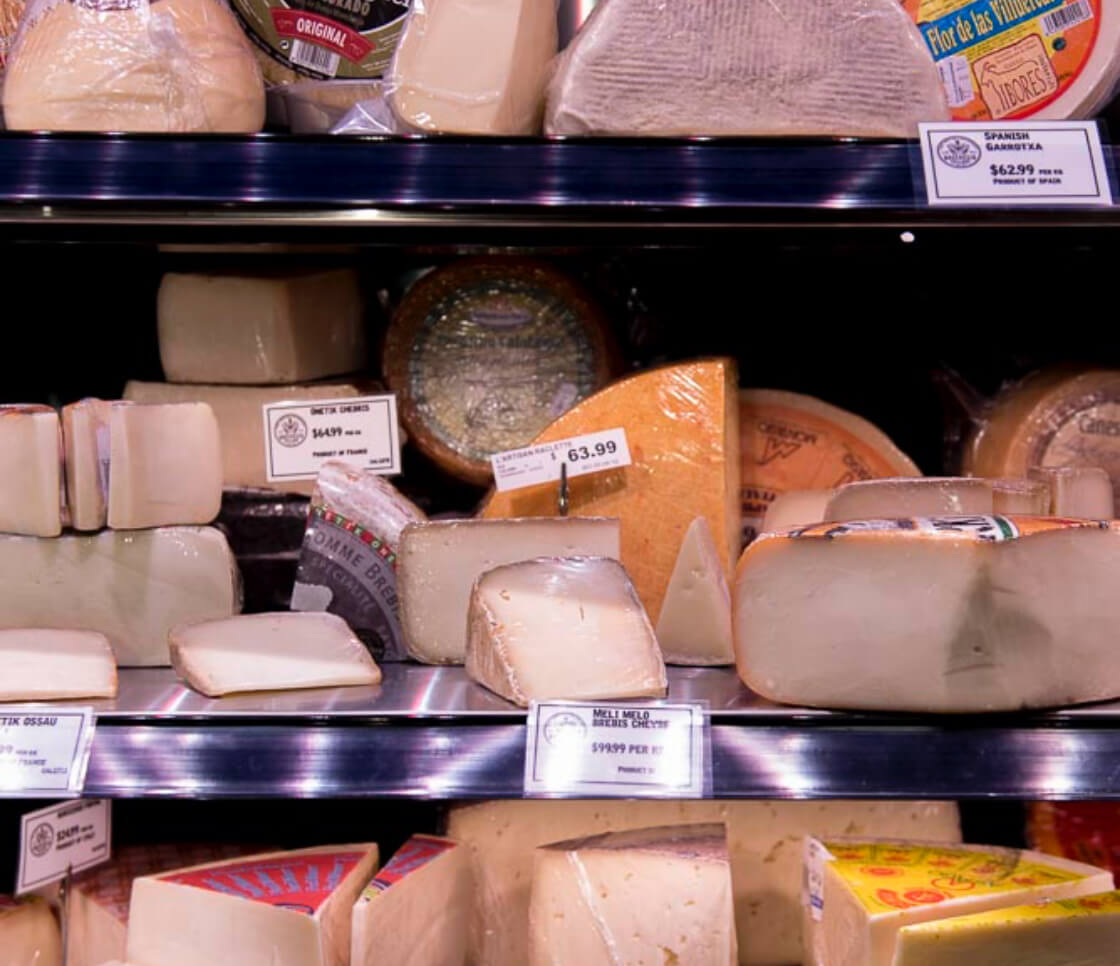 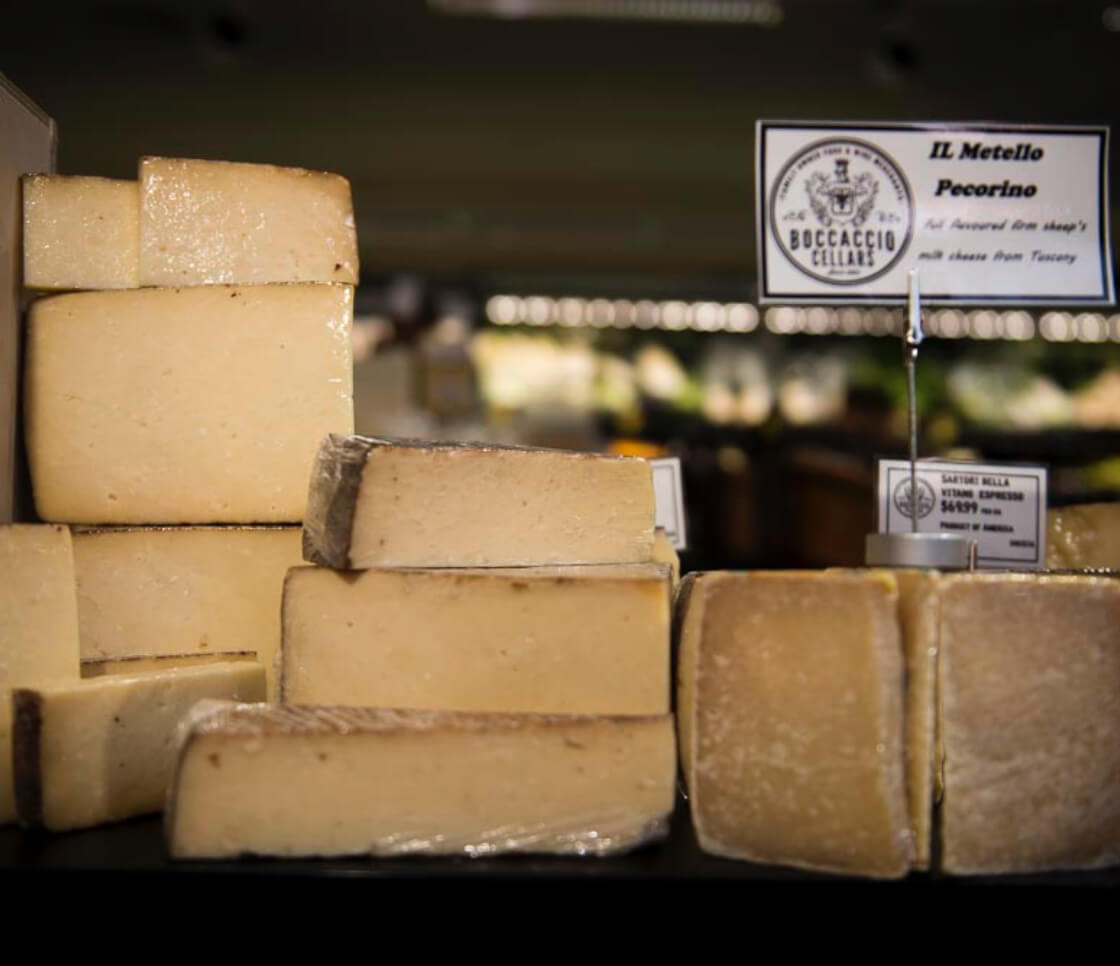 The Joy of Discovery

The Piedimonte family, whose story inspired this TV advert, have been involved in the Australian grocery business since 1958 and have been proud to share a little piece of their Italian heritage with their customers over the years.

In their IGA stores in North Fitzroy, Melbourne they pride themselves on providing unique products for their customers that they can’t find anywhere else and stock a range of specialty Italian goods which they import from Italy.

One of those products is Maina Panettone.

Joe Piedimonte says: “Panettone is a Christmas staple in our household, and we started importing a range of panettone and torrone 20 years ago so that we could meet the demands of our Italian customers and share some of our Christmas traditions with our other customers.

“You definitely don’t have to go to Italy to get something special over Christmas – you can get it right here in Melbourne.” 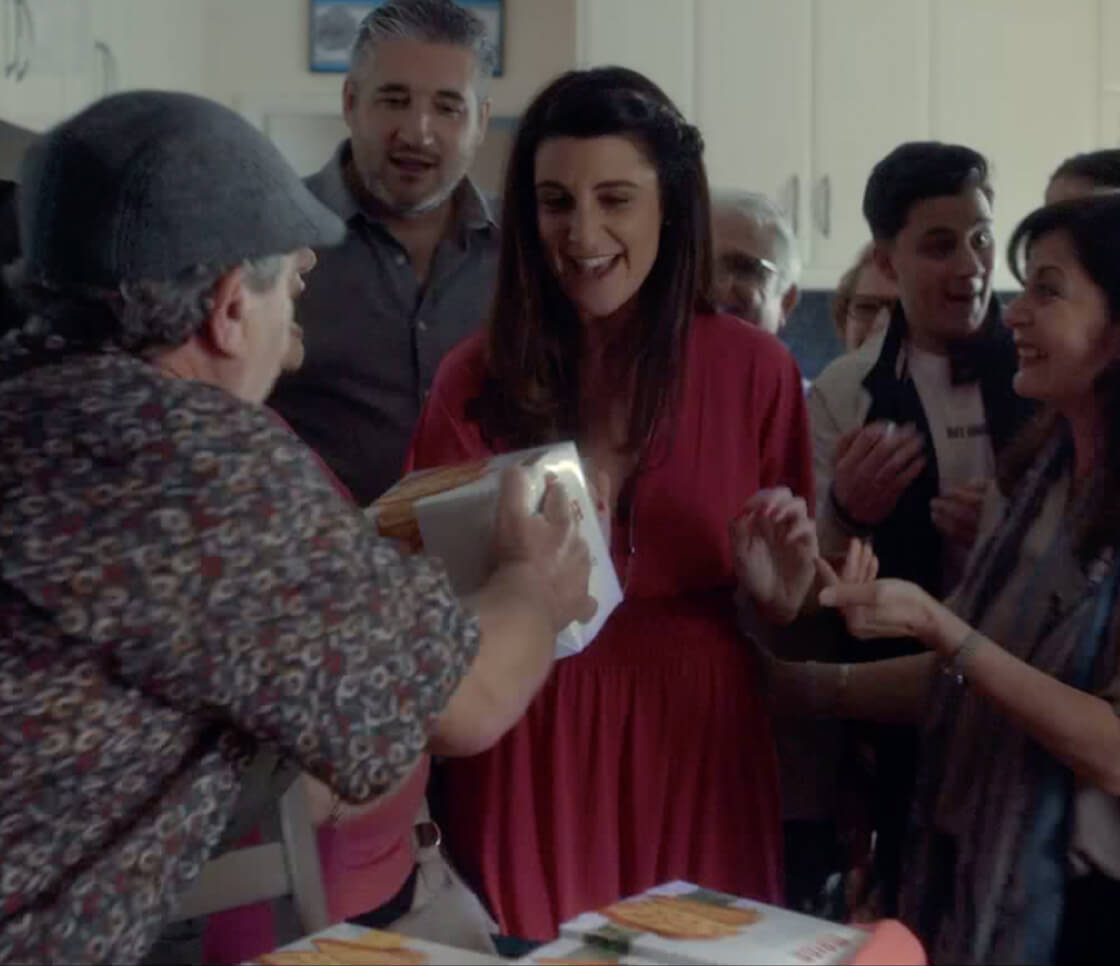 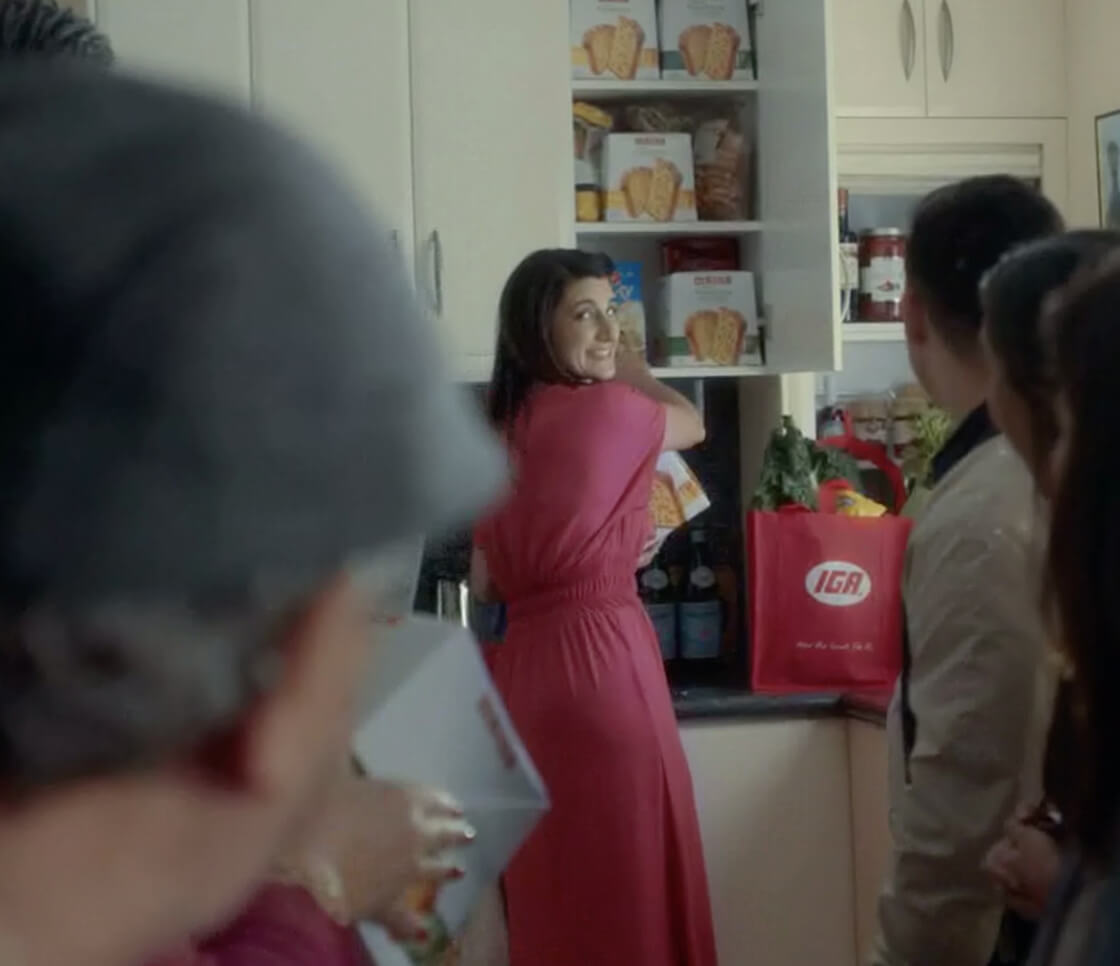 Adelaide IGA retailer Joseph Romeo and his family are passionate about providing the freshest locally sourced products for their customers wherever possible and supporting local businesses like their own.

This mentality has seen many South Australian products on the shelves of their stores and the development of many longstanding relationships with local farmers and producers including Adelaide Hills cherry farmers Kersbrook Cherries and Bandiera Cherries, which inspired this TV advert.

Eight years ago, the Romeo family drove out to these local cherry farms to introduce themselves and discuss working together. Over the years this has developed into a longstanding partnership that sees the Romeo Family purchasing over 90% of their crops for their stores.

Joseph said: “We have been purchasing most of the crop from Kersbrook and Bandeira Cherries every Christmas for the last eight years. Because of our close relationship we have the cherries picked, packed and on the shelves in store within 24 hours. It doesn’t get any fresher than that! ”

“This is just one of the many ways that we are able to bring local to life, sourcing products from a farm that is within a 1km radius of the store, ensuring that our customers get the best quality fresh produce possible.” 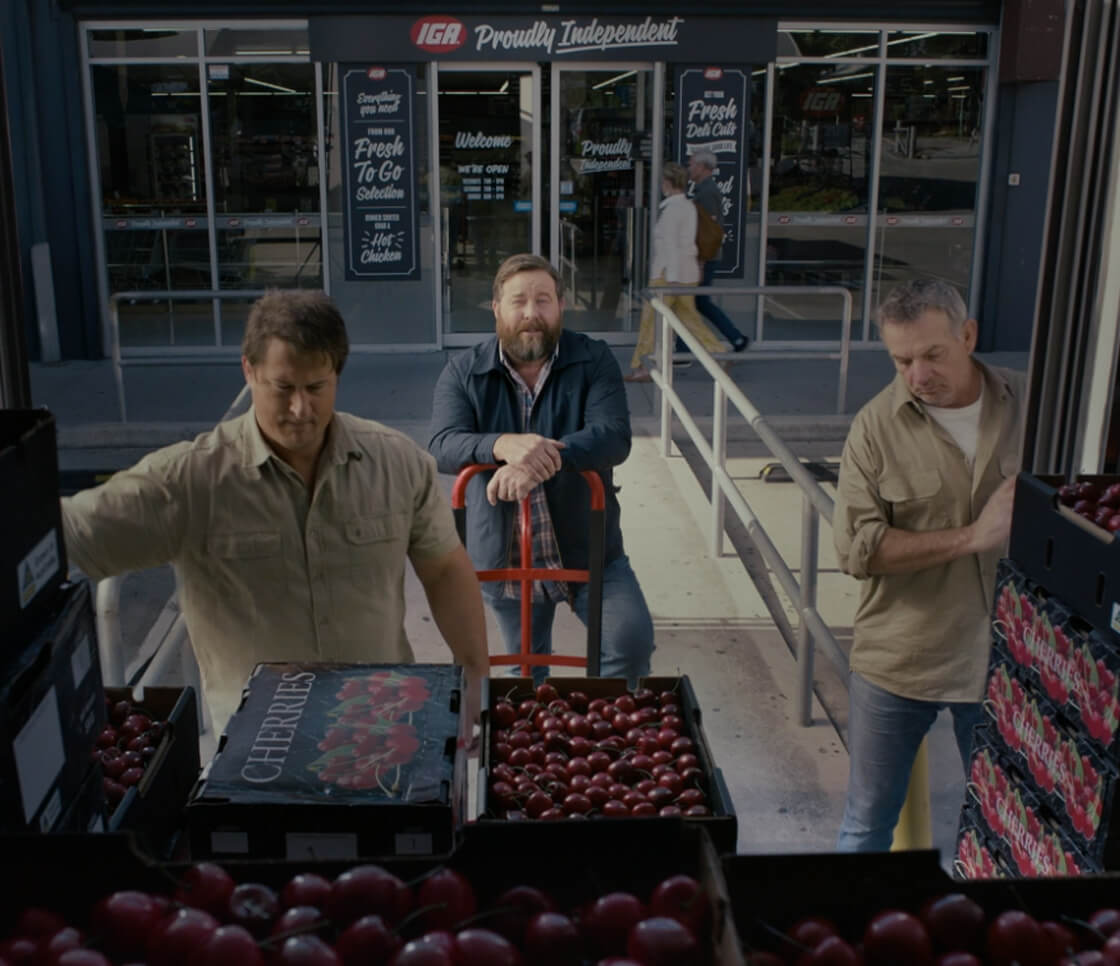 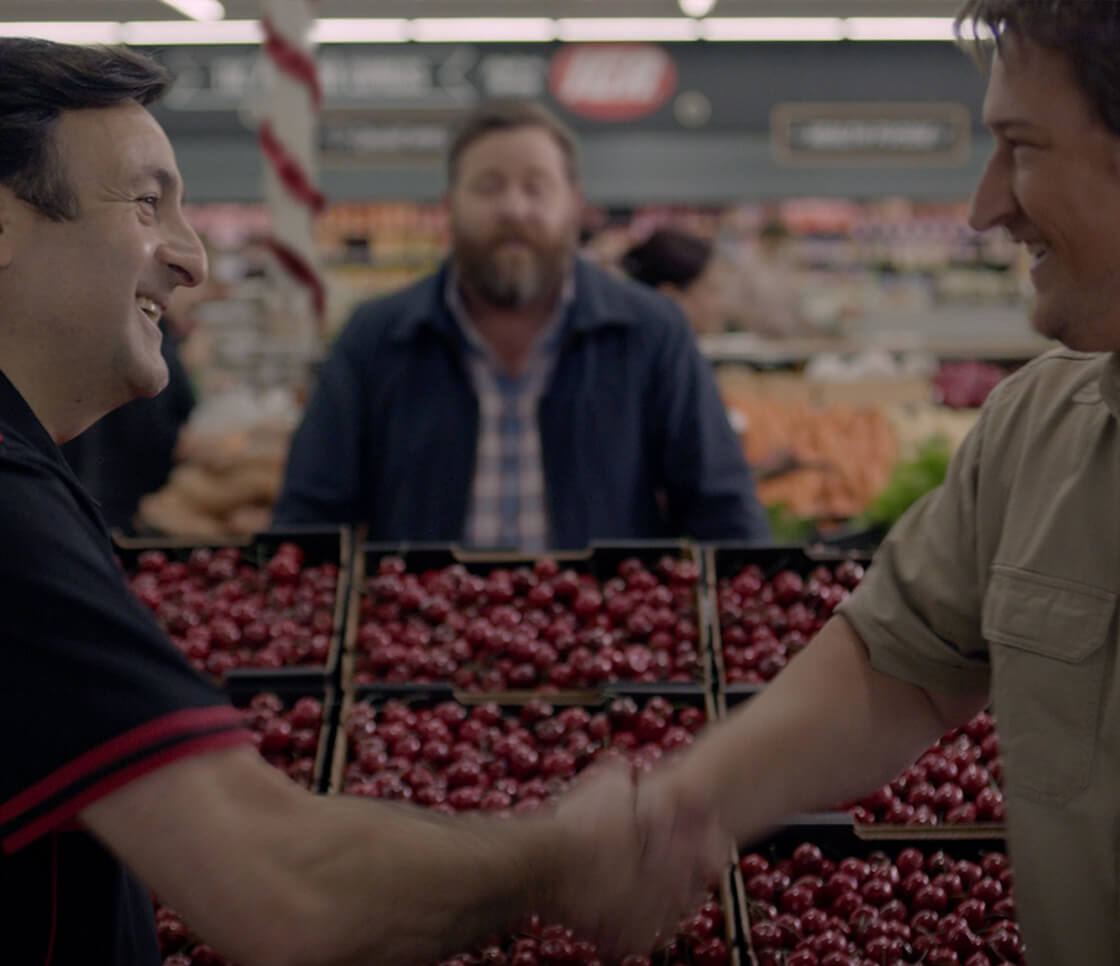 Keep updated with the latest special offers and promotions from IGA